The animation below may take a minute or so to load.

In the early 1990's a CND sign started to appear on Todd Landers' tupperware school sandwich box. This was presumably an attempt by the Neighbours script writers to attach some sort of global political awareness to the character (although it failed to prevent the French from bombing the South Pacific a few years later).This absurdity led to three Brighton based friends and a drum machine lifting the name for the newly formed Todd's Peace Box. Yes, it's a crap name, but it really didn't matter for the emphasis was on poking a bit of fun whilst various contemporaries were trying (a bit too) hard to be rock stars.1991 saw a handful of Todd's Peace Box gigs in London and Brighton, including a self-organised hunt saboteurs benefit, before they abruptly called it a day. Eleven months later, Father Raymond managed to coax them out of early retirement and along to the Samuel Beckett for his birthday celebrations with Zounds and Blyth Power, and finally that was that. 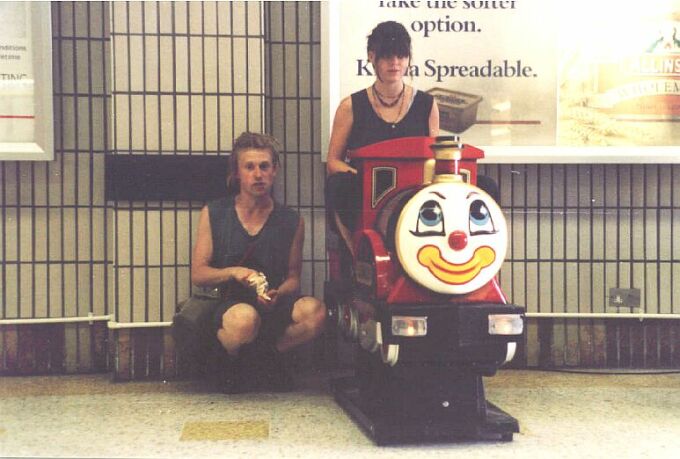 Throughout the subsequent years, people often ask what happened to Todd's Peace Box and whether any recordings are still available. To put the record straight, Jessi reallocated to Eastfield, Tracey almost became a Buddhist monk - but moved to Wales instead - and Rob sold or lost all his bass gear. As for Roland Browning, he currently languishes at the bottom of someone's cupboard having not played a beat since.As the original 4-track recordings have been played to death and found their way burned onto a disproportionate amount of CD's, a hare-brained scheme was devised for Eastfield to record a handful of Todd's Peace Box songs as a one-off.So here they are, in true punk rock fashion learned, rehearsed and recorded from start to finish in three hours flat, utilising the stirling efforts of Carl Harris at Detonation, Nuneaton, on 25 November 2000, and mixed there in another three hours on 20 December 2000. See, it can be done. Anyone who spends whole days in studios farting around with fiddly drum sounds obviously has more money than sense.

Eastfield are (on this recording)...

Songs and concepts by Jessi Adams.

Cover design utilises some of Rob Goller's original Todd's Peace Box artwork; token loco illustration by Bambi, Emma helped with the labels. Big thanks and respect to Paul Cistern and all the aforementioned involved.

Back to Discography Page

All elements of this page were created without the use of Mickeysoft 'Frontpage' or any similar programmes.